Bekele makes public affairs commentary on technology for development, internet governance, regional economic integration, good governance, business and politics that have been published in different media. Her digest of thought-provoking insights, covering a wide variety of topical issues in various industries that affect the work she is in.

Ms. Bekele's work in Africa, noted as a representative entrepreneur, is profiled in this book below: "Africa: Continent of Economic Opportunity", published 2nd November 2006. 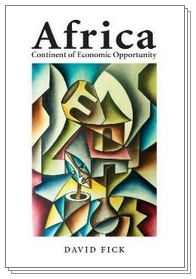 "Each story captures the spirit behind these successes and highlights how they are not only creating countless job opportunities in 53 African countries but also bringing immeasurable improvement to the quality of life in African communities". 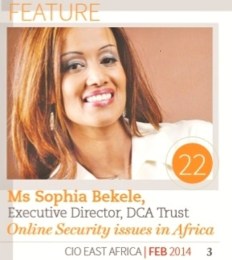 The African Union's Convention on the Establishment of a Credible Legal Framework for Cyber Security in Africa (AUCC) — which seeks to intensify the fight against cybercrime across Africa in light of rising incidences of cybercrime — has been the focus of debate recently.

In view of this and to further shed light on online security issues in Africa, CIO East Africa sought the views of Ms Sophia Bekele, an internet security expert and international policy advisor over internet and ICT. Below are excerpts. (More)